Driving may be the most dangerous thing we do all day. We forget how risky it can be because it is such routine part of our everyday lives. Often times we, as drivers, may not appreciate the risk a large truck operated improperly may pose to surrounding drivers and the public. According to the National Highway and Traffic Safety Administration (NHTSA), “in 2014 there were 3,903 people killed and an estimated 111,000 people injured in crashes involving large trucks.

Often times, the large trucks can almost destroy the small cars they collide with. However, the truck can be unharmed due to the scale of how big it is. Since large trucks may be much larger than a normal vehicle the ability to stop and effectively react in time to prevent an accident may be much less than the average driver. Trucking accidents may have numerous causes, such as failed maintenance checks, failed background checks, impaired/underqualified drivers, product failures, driver inattention, and multiple violations of Texas State regulations. In the event of an accident, it is important to document as much as possible— which may include making recorded statements, obtaining copies of proof of insurance, driver’s licenses, license plates, police reports, photos, and taking witness statements among other things.

In the unfortunate case that you or a loved one is injured, it’s important to know how you can find help. To determine whether you may have a viable claim, it is important to contact an experienced law firm to assist you in any additional investigation and researching the merits of your claim. Commercial vehicle companies and their insurance providers may contest liability, refuse to pay fair compensation for those injuries, and attempt to reduce their liability in any way possible. Choosing a law firm that will work to make sure the driver(s), company, and insurance provider are held accountable may be the difference between obtaining adequate compensation and medical coverage. Consultation service from Maloney Law is free. 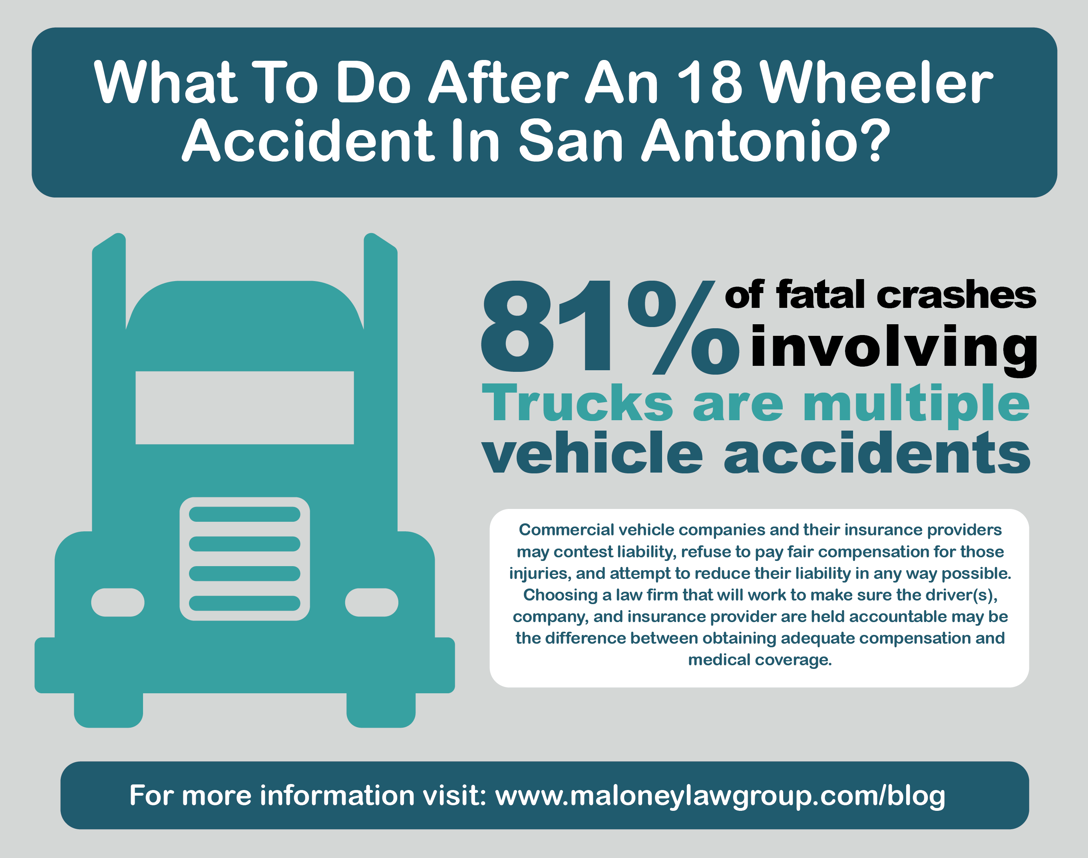